Avian Adventurer Manu Settling in Back at Home 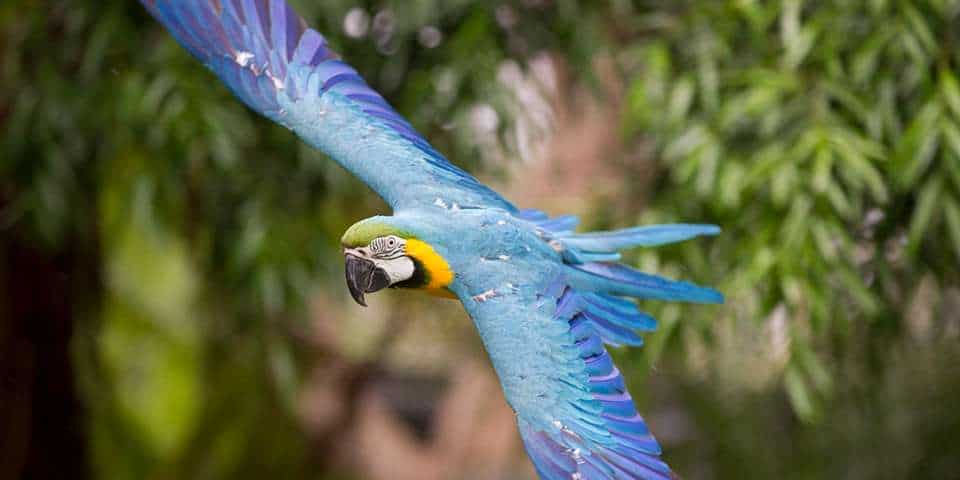 Avian Adventurer Manu Settling in Back at Home

Adelaide Zoo keeper Chad Crittle shares how our avian adventurer Manu is settling in back at home after his holiday jaunt last month.

As you may have heard, Manu our Blue and Gold Macaw decided to take a little Christmas holiday last month.

Manu went missing for three days after taking a detour during a morning free-flight training session on Boxing Day.

During Manu’s self-guided tour of Adelaide, he was seen taking in the sites of the city, drinking at Rymill Park Lake and flying around Frome Road.

Thankfully, Manu was eventually found not too far from the zoo, “checking out his prospects in Prospect,” as our resident bird nerd aka our Nature Theatre Presentations Manager Nic Bishop, put it.

After an exhaustive around-the-clock search by a very anxious Adelaide Zoo team, a keen-eyed Prospect man noticed a very odd, large bird in a tree near his Highbury Street home.

Our zoo team speedily made their way to the location and with some very skilled manoeuvres, retrieved Adelaide’s newest celebrity macaw.

Manu was all too happy to be back with his keeper friends and more importantly, eat the treats we’d brought along for him. 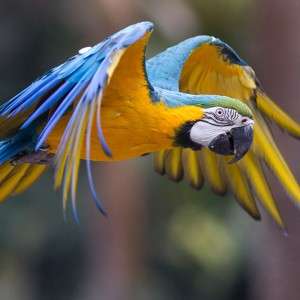 Upon Manu’s return to life at the zoo, a lot of aspects had to be considered by keepers and various plans put in place for his return to the limelight.

Most importantly, we have been keeping a close eye on his behaviour as his health and comfort are our top priority.

A few months prior to Manu’s escapades, he had moved over to a new home behind the central lawns, a bank of aviaries specifically designed for delivering free-flight presentations.

A lot of planning had gone into the move, however it was a new environment for Manu.

Keepers believe strong winds on the day accompanied by swooping magpies sent Manu of-course during the training session, but to ensure that environment did not play a part, the team decided to move Manu back to his original digs by the bird department headquarters.

This move is by no means a band-aid to fix behaviour and we will continue to monitor Manu over the coming weeks to ensure the most optimal reintroduction to the free-flight program.

We are working on reintroducing Manu to free-flight by assessing his behaviour, starting with small flights in his aviary and moving towards larger flights on the lawn.

Like in all interactions with our animals, we are using the most positive and least intrusive methods to prepare Manu for reintroduction into the program and moving the progress at his pace. We hope Manu will be back in his starring role as soon as possible.

Thanks again to the whole zoo family and members of the wider community for their support in the search, recovery and reintroduction of Manu to program.