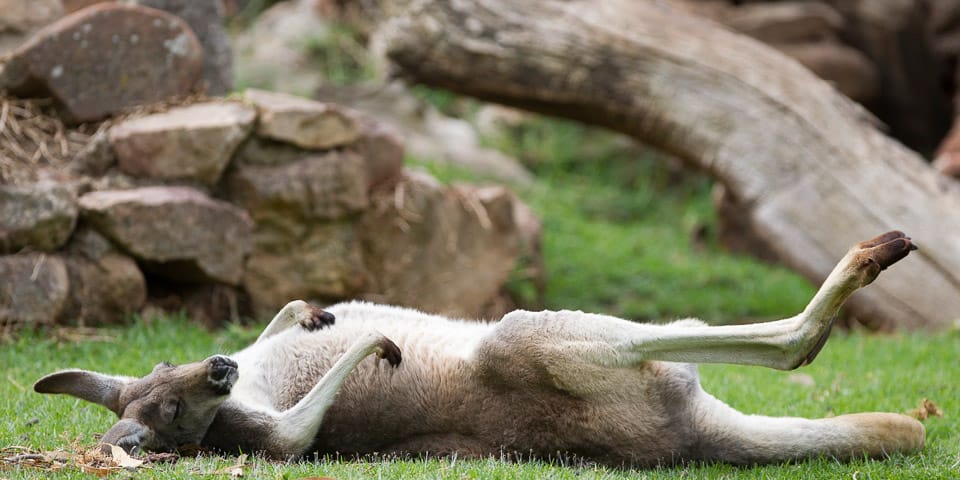 Red Kangaroos spend most of the day resting 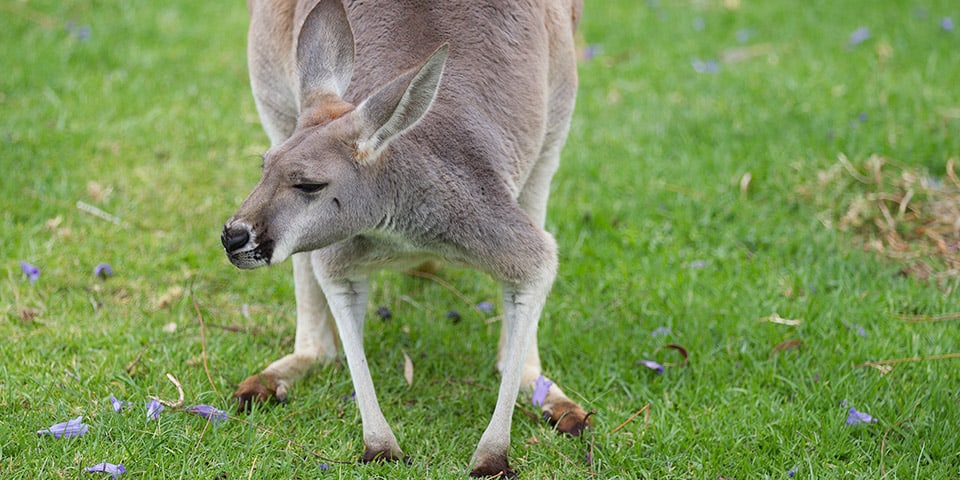 Thandi and Oatmeal were rescued from the wild. They were hand-reared by carers before being donated to the zoo. The kangaroos are often seen laying in the grass enjoying the sunshine. The male ‘Striker’ is red in colour while Thandi and Oatmeal are the more typical grey colour of a female Red Kangaroo.

They love eating carrots, corn and other hard vegetables in addition to kangaroo pellets.

They’re found across mainland Australian in more arid areas across the country.  Red kangaroos are capable of conserving enough water and selecting enough fresh vegetation to survive in an arid environment.

The species usually lives in groups of two to four individuals; most commonly these groups consist of females and their young. Although, they’re also known to congregate in large numbers up to 1,500 individuals in areas that provide a plentiful source of food. The species breeds all year round, and females delay the birth of a new baby until their joey has left the pouch.

Red Kangaroos spend most of their time grazing. They’re predominantly active around dusk and dawn, and at night. During the day, they spend most their time resting in the shade.

Red Kangaroos are known for their impressive strengthen. Males can leap up to 8-9m. They also use their robust legs and clawed feet to defend themselves from attackers with kicks and blows. Young males engage in ritualised fighting known as boxing where they stand up on their hind limbs and attempt to push their opponent off balance by jabbing him or locking forearms. If the fight escalates, they’ll begin to kick each other, using their tail to support their weight, they deliver powerful kicks with their hind legs.

Kangaroos are also very good swimmers, and often flee into waterways if threatened by a predator. If pursued into the water, Red Kangaroos are known to use their forepaws to hold the predator underwater to drown it.

Love kangaroos? There are many ways you can help support these Aussie legends!