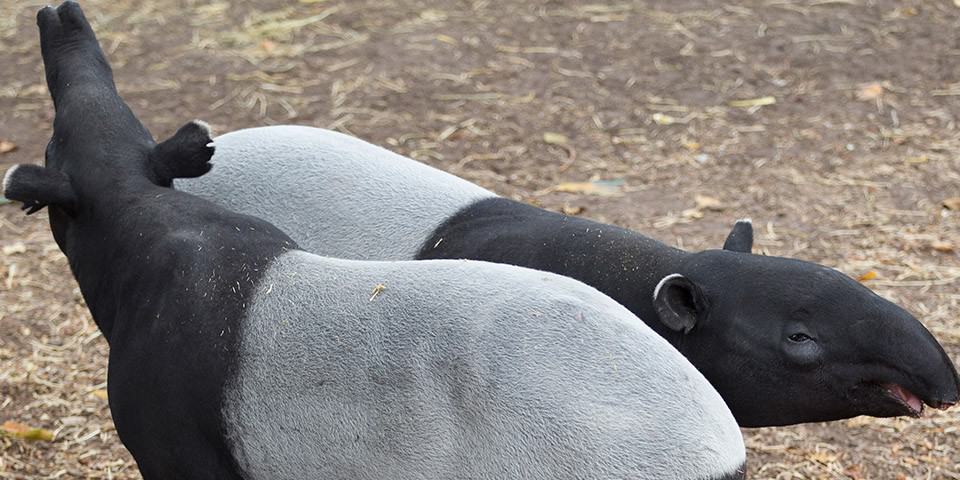 Meet our tapirs Mia and Jelita!

Tapirs are closely related to rhinos and horses 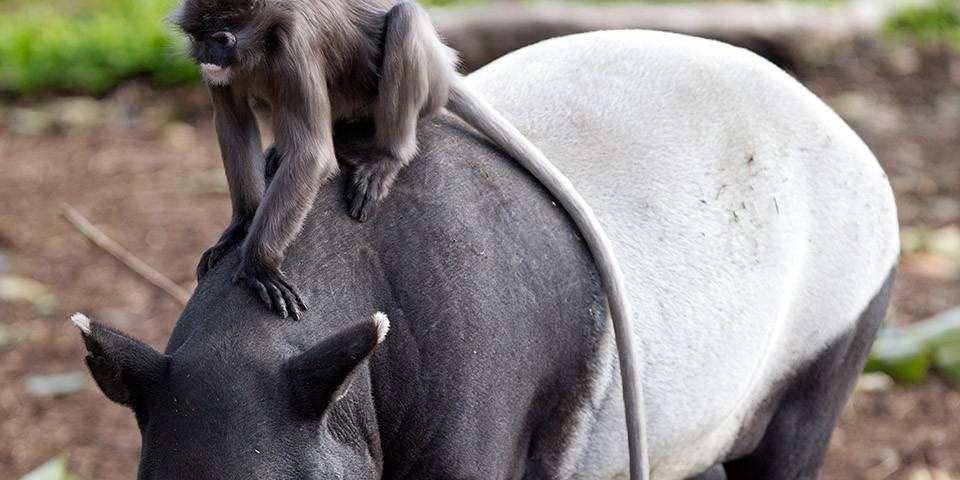 Hey, is there a monkey on my back?

Mia was born in 1996 in the United States and arrived at Adelaide Zoo in 1998. She became a mum in 2000 when she gave birth to Jelita. She has quite a relaxed temperament and spends the majority of her day sleeping under the Moreton Bay Fig tree. Her favourite food is Lucerne hay.

Jelita was born at Adelaide Zoo in 2000 and lives with her mum, Mia, and a family of cheeky langurs, which inhabit the treetop of their habitat. Jelita can often be seen swimming in the pond, and you might see her using her long nose, known as a proboscis, in a manner similar to a snorkel to breathe while swimming. She really enjoys chewing on rubber plant branches, which zoo keepers give her as an evening snack.

The Malayan Tapir is the largest of the five tapir species and the only one native to Asia. Malayan Tapir look very different from other species of tapir with their black skin and large white band covering their stomach and rumps. They have four toes on each front foot and three on each back foot.

Malayan Tapir have very poor eyesight so rely heavily on their sense of smell and hearing.  In the wild they would be exclusively herbivorous eating leaves and shoots. Here in the zoo, we feed our tapirs a mix of Lucerne hay, horse feed pellets, carrots, apples and pears.

The Malayan Tapir is classified as endangered in the wild. The main threat to the tapir population is destruction of habitat mainly due to the production of unsustainable palm oil in addition to poaching and the illegal wildlife trade. Like its South American relatives, it is in danger of extinction.

Love tapirs? Join our herd and ensure giraffes stay a stride ahead of extinction! There are many ways you can help support these unique animals.