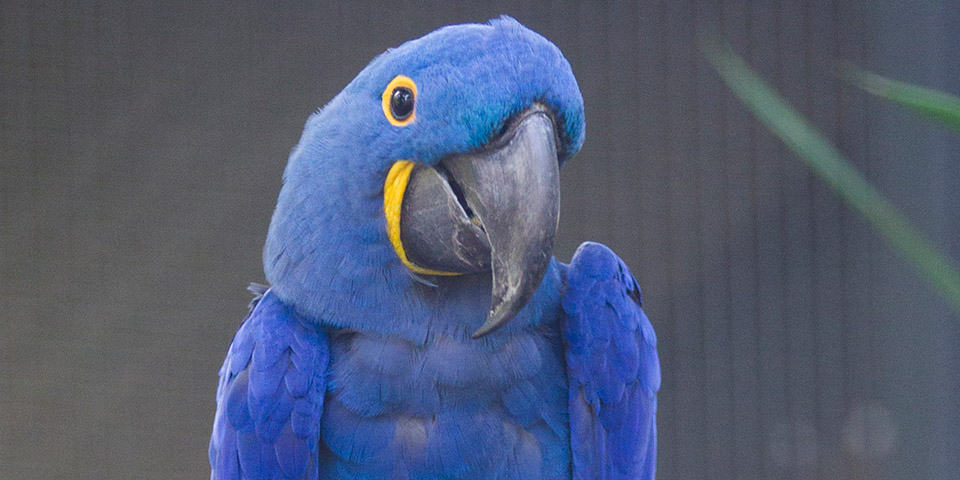 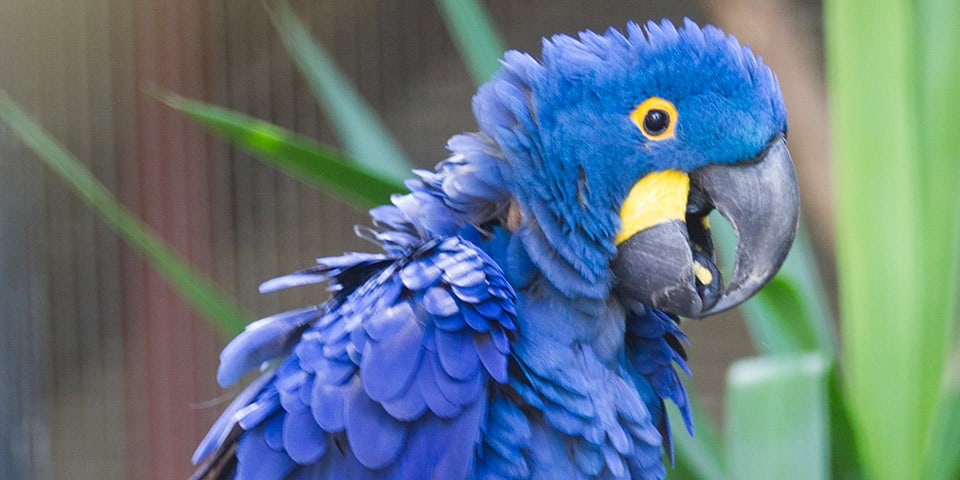 Cool Cat was born in 1997 between June and August, arriving at Adelaide Zoo in November 1997 after being confiscated by airport officials as a result of the illegal pet trade.

This beautiful bird used to be shy in his early days but has since grown into his feathers and now loves attention from his keepers. Cool Cat loves macadamia nuts and bananas, but that doesn’t mean you should feed him extra treats! All our animals are prepared special diets daily to ensure they remain in tip top shape.

Hyacinth Macaws are the largest parrot in the world and can grow up to a metre in length. Their stunning deep purple-blue coat and bright yellow features around their eyes and beak set them apart from other macaw species.

They inhabit the savannahs and tropical rainforests of eastern Amazon including Brazil, Bolivia and Paraguay. They can live up to 50 years in the wild.

Nesting normally occurs between July and December. A pair commonly lays two eggs but only one usually reaches maturity. The female incubates the egg for about a month while her partner tends to her needs.

This species of macaw is also known to use tools, both in captivity and in the wild. The most common behaviour sees this clever macaw use a leaf or piece of wood to hold a nut in place to avoid slippage while the bird gnaws into it.

Major threats facing wild Hyacinth Macaws stem mostly from habitat loss and the illegal pet trade, which saw around 10,000 birds taken from the wild in the 1980s to be sold on the black market.

This species is currently classified as vulnerable in the wild.

Love parrots? Join our flock and ensure beautiful birds like Hyacinth Macaws stay a flutter ahead of extinction! There are many ways you can help support these magnificent macaws.