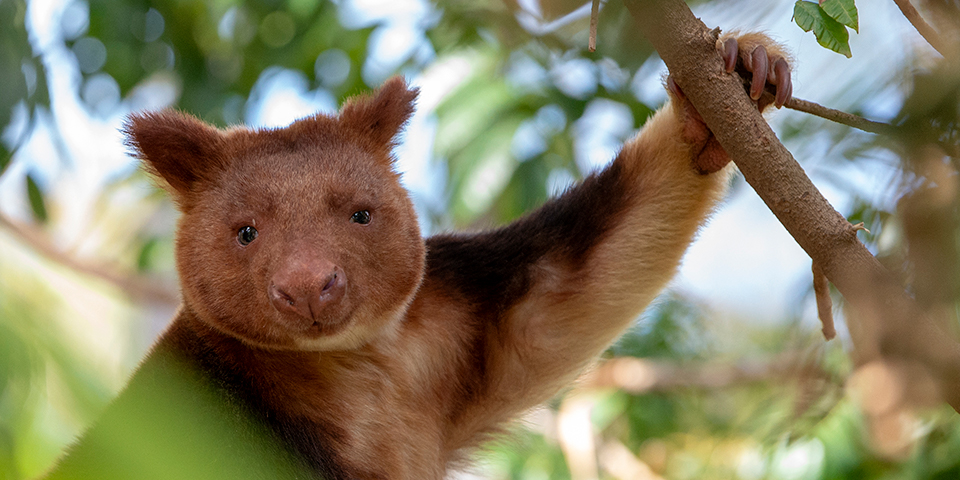 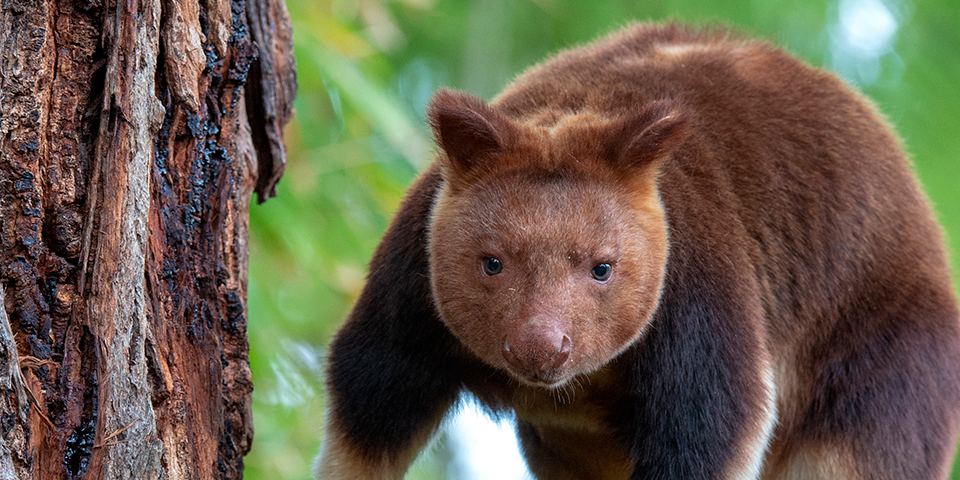 Tree kangaroos live in trees and rarely descend to the ground

Born at Krefeld Zoo in Germany in September 2006, Buna arrived at Adelaide Zoo in 2015. Buna is a sweet girl who is incredibly food-focused. She absolutely loves banana, which she eats skin and all.

This love of food has allowed her keepers to successfully carry out pet pack training and pouch training, meaning Buna is comfortable entering a pet pack for transportation to her health checks and is fine with keepers checking her pouch and belly so they can further monitor her health.

A distant relative of the kangaroo and wallaby, the species lives in trees and rarely descends to the ground. Distinguishable by its red-brown fur and striking back stripe, Goodfellow’s Tree Kangaroos are omnivores and mostly feed on leaves, flowers, fruits and insects.

They are classified by the IUCN as endangered in the wild due to over hunting and loss of habitat.


Meet Makaia, he’s one very special Goodfellow’s Tree Kangaroo. Makaia was born in September 2014 and named after his father and mother – Makali and Kia.


When he was only five weeks old, he lost his mum. He needed a nice warm pouch to grow big and strong in, so Adelaide Zoo tried something that had never been done before… a Yellow-foot Rock-wallaby was found to be his surrogate mum.  Up until now this special breeding technique, known as ‘cross-fostering’, has only been done with closely related wallaby species. 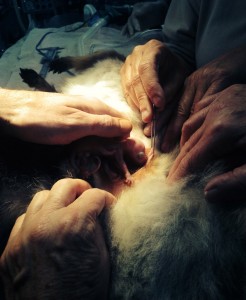 Our beautiful Yellow-footed Rock-wallaby Missy Fitton was chosen for this mammoth task, and her pouch grew and grew before our eyes. Then one special day, we saw this amazing sight… 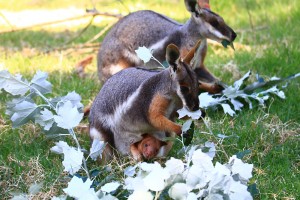 Missy Fitton has done a stellar job, but the joey was getting too big for her pouch, so Adelaide Zoo Team Leader of Natives, Gayl Males, took over caring for him and in effect became his third mum. Makaia is certainly a cheeky little fellow and loves running amok, testing the boundaries and using Gayl’s home as his personal playground. 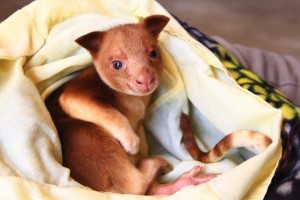 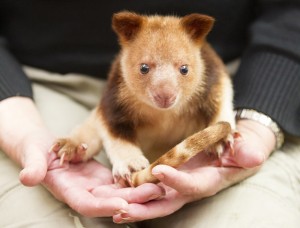 Makaia is the result of our hard work and the expertise of our stellar staff, without their expertise this story might have had a very different ending.

Makaia is very genetically valuable to the region and in July 2016, he moved to Singapore Zoo to join the international breeding program for this special species.

Adelaide Zoo will share its findings with other zoos around the world to help guide breeding efforts for endangered tree kangaroo species and increase the success of internationally coordinated captive-breeding programs.

Due to COVID-19 restrictions, Tree Kangaroo Encounter is unavailable until further notice. If you would like to be the...

Love tree kangaroos? Join our mob to ensure these cool kangaroos stay a hop ahead of extinction! There are many ways you can help support these beautiful animals.