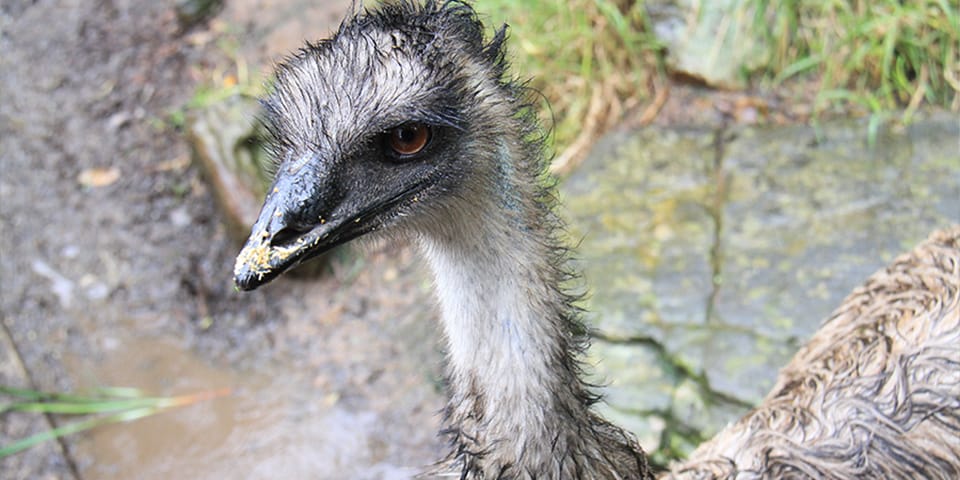 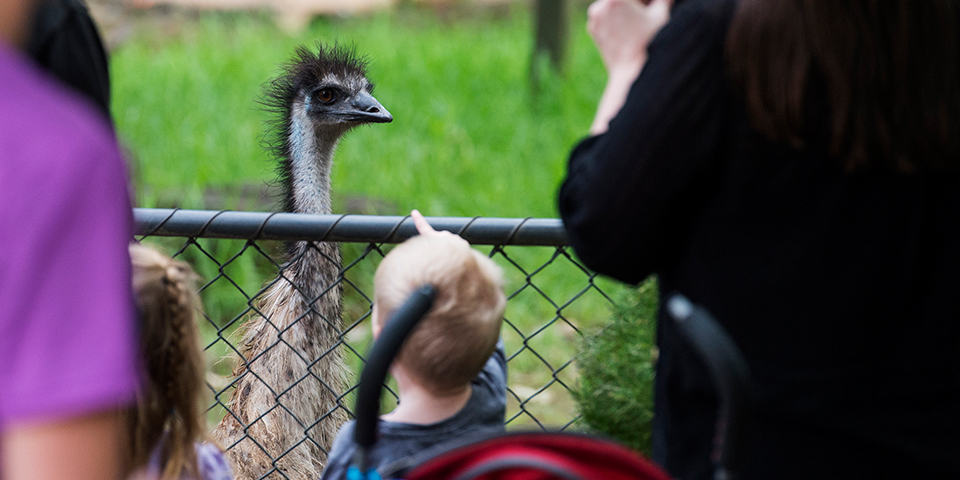 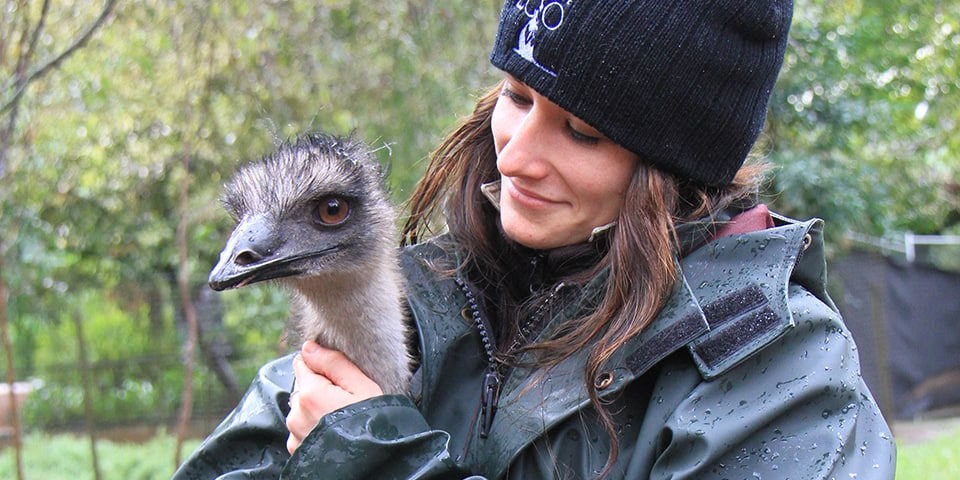 Cecil with his favourite keeper Di.

Cecil the Emu joined the Adelaide Zoo family in May 2016 after a rough start in life. Found by the side of the road as a chick after the rest of his family (dad and all of his siblings) were killed by a car, Cecil was rescued by one of our dedicated native keepers, Di. In the wild, male Emus are responsible for raising their chicks, so Di became Cecil’s new dad, hand-raising him at home for a year, giving him lots of love and care to prepare him for his big move to Adelaide Zoo.

Cecil can most commonly be found at the fence line of the Tammar enclosure, trying to interact with people. He is very placid, and loves company and scratches from his keepers, particularly cuddles with his keeper ‘dad’, Di. He also loves to swim in his pond on hot days.

The Emu is Australia’s tallest bird and the second tallest in the world after the Ostrich, growing up to 190cm in height. Females are slightly larger than the males. Emus are found across mainland Australia and remain very common.

The Emu is a flightless bird but is capable of covering great distances on foot at speeds of up to 50km/h. They are foragers most active during the day and eat a variety of plants and insects such as crickets, beetles millipedes and moth larvae. Females can lay several clutches of eggs each breeding season. The fathers incubate and rear the young.

Love native animals? Join our wild family and help us ensure the future for many amazing Australian species like the emu! There are many ways you can help support these beautiful birds.