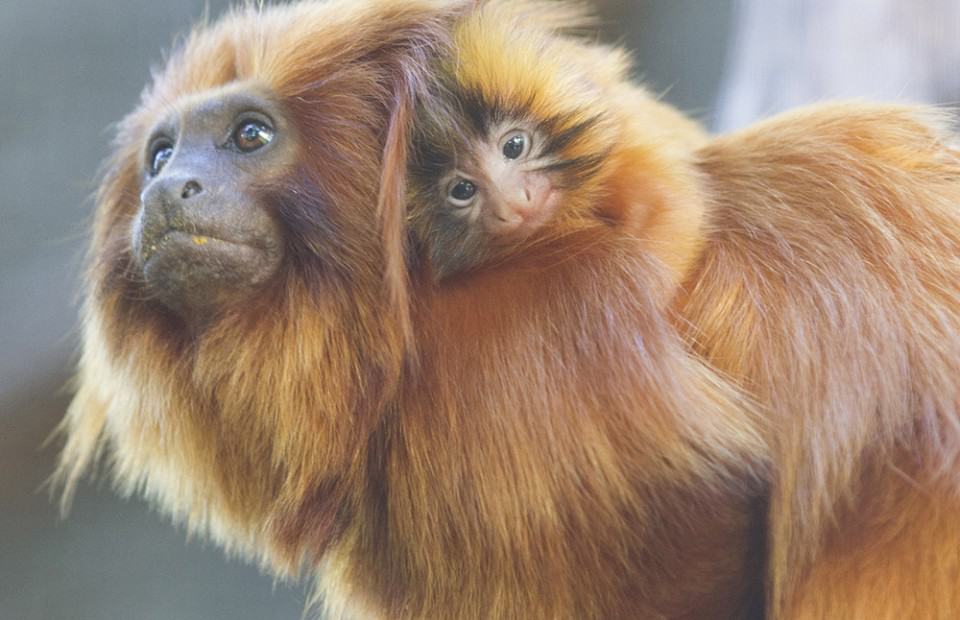 Adelaide Zoo is beaming with pride as it welcomes its third pair of Golden Lion-tamarin twins to the zoo family.

Born to proud parents Rio and Aurora on 6 October, the twins represent a future as bright as their golden manes for their endangered wild cousins.

“Aurora’s doing a fantastic job caring for the tiny tots – they’re clinging tightly to her, a positive sign the twins are strong and healthy,” Hong said.

“Tamarins are extremely social animals and thrive in family groups. The older siblings of the twins are intrigued with the new arrivals and take turns helping mum look after them. The whole family in fact takes turns carrying the babies.

“The birth of the twins brings the total number of tamarins in the family group to eight; a fantastic achievement for the zoo and the ongoing preservation of the species.”

Golden Lion-tamarins are found along the coast of Brazil and are endangered due to deforestation, fragmentation as well as the illegal wildlife trade. Having lost between 95-98% of their natural habitat, it’s estimated there are less than 3,000 individuals left in the wild.

Adelaide Zoo plays a crucial role in the long-term survival of this species as a fellow partner of the international breeding program, which aims to safeguard this species and many more from extinction.

The excitement continues in the Tamarin House with the impending birth of Pygmy Marmosets, the second smallest primate species in the world, in the coming weeks.